Call to Worship:
“May you be strengthened with all power, according to his glorious might, for all endurance and patience, with joy, giving thanks to the Father, who has qualified you to share in the inheritance of the saints in light. He has delivered us from the domain of darkness and transferred us to the kingdom of his beloved Son, in whom we have redemption, the forgiveness of sins.”  Colossians 1:13-14

Call to Confession:
“And this is the judgment: the light has come into the world, and people loved the darkness rather than the light because their works were evil. For everyone who does wicked things hates the light and does not come to the light, lest his works should be exposed. But whoever does what is true, comes to the light, so that it may be clearly seen that his works have been carried out in God.”  John 3:19-21

Assurance of Pardon:
“Come now, let us reason together, says the Lord: though your sins are like scarlet, they shall be as white as snow; though they are red like crimson, they shall become like wool.”  Isaiah 1:18

As Peter continues his letter, here as chapter 3 opens, he persists in his admonition for Christians to live counter-cultural lives. Such counter-cultural living was to show itself in seeing the Christian life as one of exile and alien status in the world, it was to show itself in how one faced suffering and hardship, how one pursued holiness, how one sought to be submissive and peace-making – all things referenced by Peter in previous chapters. Here though, he turns that lens in an even more personal direction and brings that call to counter-cultural living into the home as he briefly addresses the relationship between wives and husbands.

As Peter does this, his teaching once again agrees with other apostolic teaching, such as that of Paul’s in places like Ephesians. That being so, what is the common thread? You’ll notice the thread is further insistence by Peter to not take your priorities and cues from the world, but rather to find them in your identity before God, which usually runs counter to the secularity and carnality of the world.  For example – Peter here prioritizes inward beauty of the heart for women, versus that of surface-only beauty prized by the world. Peter prioritizes a moderate and submissive spirit within the marriage relationship, whereby the world promotes stereotypical roles that tend to only be self-interested. Peter promotes a sensitivity and shepherds heart for husbands versus that of the domineering male figure too often seen in relationships of the world.

These verses are yet another reminder for us, that true contentment of spirit, true satisfaction in life, and even true effectiveness in outreach to the world are grounded in continual modeling to the world an all together different way of life. This different way of life always takes its cues from the selfless, sacrificial, submissive, and singularly God-honoring way of life that Jesus himself put before us, and through his Spirit empowers us to ourselves live for his glory and the world’s good. 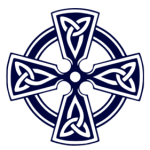