I was delighted to be in worship with you this past Sunday, for those who were able to gather.  I think it was a sweet and encouraging time for us to be together as a church family, and to be bolstered through the Word, the Table, and our Fellowship with one another.  This is an anxious time in our society, and I believe our time last Sunday was well spent.

I also believe our time together last Sunday was well spent, because at that point, our congregation still didn’t really check all the boxes of the “large group gatherings” that were being discouraged and advised against by our governing authorities.  Many of the larger churches had already cancelled services and moved online, but again, that was due to the fact of their size.  Since we met on Sunday though, the situation has continued to evolve, and the government has steadily reduced the crowd size number all the way down to 10 (it had originally been 250), and is now using that as the benchmark for which organizations should cease gathering.  The government has asked that people hunker down and do their best to remain to themselves for at least the next 15 days, as they work to slow the spread of the virus.

In light of this, the elders and I have decided to cancel all church gatherings on our campus these next two weeks, effective immediately.  This includes our regularly scheduled weekday gatherings and studies, and this includes Sunday worship for 3/22 and 3/29.  This includes ceasing all activities related to Lake Osborne Presbyterian Church and all activities related to Iglesia Linaje Escogido and Victory in the Darkness Church, the two other congregations which currently utilize our facility also.  We will see where things stand in two weeks.

That being said, please let me take the opportunity to further elaborate on the three, overlapping reasons behind our decision:

First, we are called by Romans 13:1 to “be subject to the governing authorities…for there is no authority except from God, and those that exist have been instituted by God.”  The federal government has made the requests that it has for large group, social gatherings to cease during this time, and as such we endeavor to comply based upon the principles of Romans 13.  It would be different if the federal government was asking us not to meet based upon our insistence in preaching Jesus Christ as Lord, that would be an instance in which we would be called to not comply and remain vigilant.  However, in this case, the federal government is making this request for the good of public health in a time of crisis.  Churches can continue to claim Jesus Christ as Lord, and again, many continue to do so through virtual services, etc.  We will avail ourselves of those opportunities also, and as such, I would direct you to the following websites this weekend:

Secondly, we are called by Jeremiah 29:7 to “seek the welfare of the city where I have sent you…and pray to the Lord on its behalf, for in its welfare you will find your welfare.”  I would not want to potentially compromise our witness to the city to which we have been sent, by insisting to gather in the face of official requests to not do so, for the good of community health.  Again, this is true three times over, when we also consider the other two congregations (mentioned above) that also use our facility.  The best way we can seek the welfare of our city is to adhere to the requests of our governing authorities and pray for our cities.

Thirdly and finally, we recognize that a large portion of our congregation at LOPC is in the age-group that is at the highest risk.  This does not mean we should be people of great fear or anxiety.  The Lord is still sovereign and in control of our daily lives, and still holds us in the palm of his hand just as much today as ever.  Yet, in order to best serve and honor one another during this time, remaining at home is the best option.

I will continue to send out communication as things develop and we will endeavor to resume meeting as soon as it’s appropriate to do so.  In the meantime, remain steadfast in the Lord and his immutable sovereignty.  Encourage one another with his grace, goodness, and faithfulness to his people throughout the ages.  Fix your eyes on Jesus, the author and perfector of our faith.  Finally, continue to be in prayer that the Lord of lords, the King of kings, the great God above all gods would indeed allow his mercy and peace to settle over the globe, and as the Great Physician, he would put a swift stop to the virus spread, as only He can. 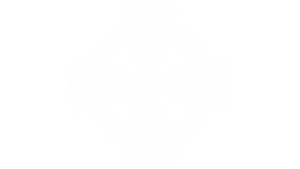